Down syndrome is a genetic disorder in which a baby receives an extra copy of chromosome 21 (trisomy 21), resulting in lifelong intellectual disability, developmental delays, and distinct facial and other physical features.

Los Angeles OBGYN Dr. Paddy Jim Baggot has long held a deep interest in exploring and understanding the mental and physical development of babies and children with Down syndrome. His goal is to improve the quality of life for those with Down syndrome by gaining a better understanding of the disorder and the effect of early interventions.

Dr. Baggot received a grant to investigate Down syndrome during pregnancy. His research includes six papers about the biochemistry of Down syndrome in the fetus, all published in prestigious peer-reviewed medical journals, including Fetal Diagnosis and Therapy and the Internet Journal of Gynecology and Obstetrics.

Dr. Baggot also published two important papers in the Journal of American Physicians and Surgeons: “Fetal Therapy for Down Syndrome: Report of Three Cases and a Review of the Literature” (2014), as well as the groundbreaking study "Doubling the Rate of Neurologic Progress in Down Syndrome: A Pilot Study" (2016).

Overview of the Three Case Studies

At the 2012 meeting of the American Association of Physicians and Surgeons, a “five-square” protocol was proposed for Down syndrome. This protocol included biomedical treatments before and after birth, educational treatments before and after birth, and breastfeeding. In the case study report, Dr. Baggot examines the effect of this protocol on brain development in fetuses and infants with Down syndrome.

Biomedical treatments included high-dose prenatal vitamin and mineral supplements for the mother. After birth, the infants’ gross motor development was stimulated with some sort of exercise, such as a yoga-based passive movement program, a lot of time on the floor crawling, using an abacus to stimulate eye-hand and manual development, and swimming.

In all cases, long-term mental and physical developmental achievements were normal or only mildly delayed, which suggests that, with a combined program of education and biomedical treatments before and after birth, Down syndrome patients might be capable of greater intellectual achievement than expected.

Overview of the Pilot Study

IAHP staff train parents and caregivers to perform the therapy. Important components of the IAHP method include:

These and other environmental enrichments, such as music and singing, have strong positive effects on the brain. Combined mental and physical training stimulates nerve cell growth, which promotes brain development, cognition, and learning. The study concludes that Down syndrome children have much greater potential for development than many realize.

For more information, or to make an appointment with Dr. Paddy Jim Baggot, call Guadalupe Medical Center today at (213) 386-2606 or use our online appointment request form. 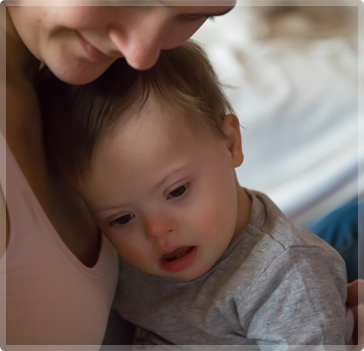