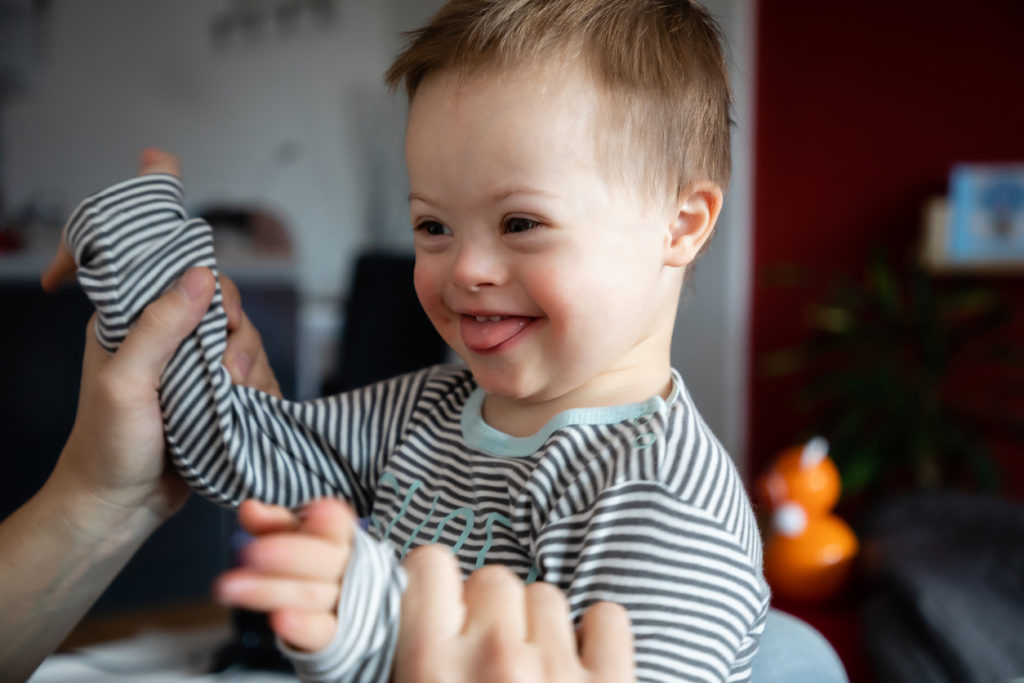 Down syndrome is the most common genetic chromosomal disorder. One in every 800 infants is born with Down syndrome.

This condition was named after the English physician who first documented its common traits, Dr. John Langdon Down, in the 1800s. In 1959 the precise cause for Down syndrome was discovered: a genetic abnormality that creates an error in the genetic makeup of a person due to unusual cell division.

Three Genetic Variations of Down Syndrome

By far, the most common type of Down syndrome is caused by an extra chromosome 21 being present at conception. As the cells divide, that extra chromosome shows up in every cell of the body.

The mosaic type of Down syndrome appears in less than 2% of all cases. The difference between trisomy 21 and this type is that an extra chromosome 21 is present in some of the person’s cells in mosaic, but not all of the cells like in trisomy 21.

The cause is abnormal cellular division post-conception. Some sets of cells will have the extra chromosome 21, while others do not and remain normal.

Affecting 3% to 4% of Down syndrome cases, translocation occurs sometime before or during conception. This happens when part of chromosome 21 breaks free and attaches itself to another chromosome.

This extra chromosome usually attaches to chromosome 14, and the carrier cell will have 45 chromosomes instead of 46 – but it has all the genetic material just like anyone would with 46 normally paired chromosomes. The presence of the extra full or partial chromosome 21 may or may not cause the characteristics of Down syndrome to appear in that person.

Carriers of This Chromosomal Disorder

Couples with one child who has Down syndrome have only a 1% increased risk of having more children affected by this disorder. This is because one of the parents may be a balanced carrier and unknowingly have translocation Down syndrome.

Which parent is a carrier affects the odds of more children being born with Down syndrome. If the father carries this genetic material, the couple has a 3% chance of having another child with Down. However, if the mother is a carrier, that percentage rises to nearly 12%.

Dr. Baggott has aggressively investigated Down syndrome, and he has patients who have had children with Down syndrome – and those children have been successfully treated before and after birth. His treatments have greatly increased the child’s developmental function and intellectual abilities.

Down syndrome babies grow up to be people who are trusting, loyal, loving, and can hold jobs. They are often both the nicest person and the hardest worker on any staff where they work.

If you and your partner are expecting, contact Dr. Patrick James (“Paddy Jim”) Baggot of the Guadalupe Medical Center in Los Angeles. Call our team today at (213) 386-2606 or request an appointment online, and get your prenatal care started for a healthy baby!