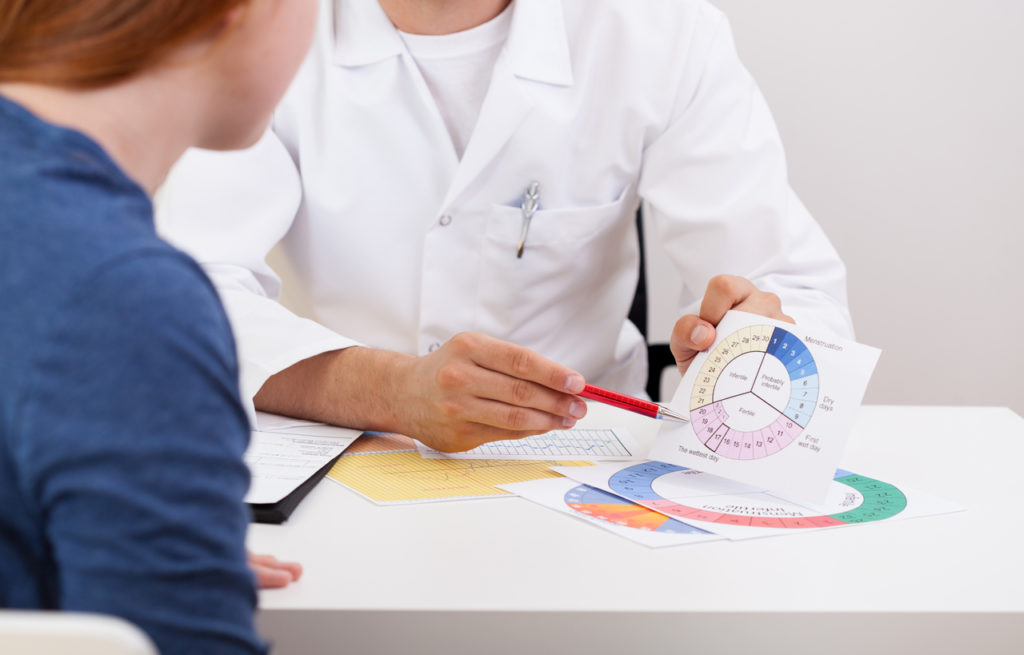 Many couples do not want to use artificial birth control methods, such as the pill or condoms – but a couple may want to “time” the pregnancy as much as possible. For centuries, couples have relied on methods of natural birth control.

Each of these methods has a risk of an accidental pregnancy, except one: abstinence. Not having sexual intercourse is the only surefire way to prevent getting pregnant.

How Can I Prevent Pregnancy Naturally?

Other than total abstinence, there are several methods of natural birth control that are completely ethical – and don’t involve the use of contraceptive tools or hormones. Let’s explore some of them and talk about how they work:

This type of natural birth control involves always being aware of the woman’s menstrual cycle. There are some days when a woman is more fertile than others, so the couple is keeping track of the “rhythm” of her cycle.

Women are only fertile for a few days each month. By carefully keeping track of her cycle and knowing the days before and after her period, a woman can learn when times of peak conception are.

Counting backward from the day when the latest period began can let a woman know when they ovulate. Normally, women have their period 14-16 days following ovulation. Since sperm can live for up to three days inside a woman, it is a general rule that women who do not want to get pregnant should avoid sex for three days before and three days after ovulation.

By abstaining from having sexual intercourse on those days, it reduces the chance a couple will become pregnant. This method has an approximate success rate of 76%.

While a normal menstrual cycle is 28 days, anywhere from 21-35 days is in the normal range. Some women have their period like clockwork, while others see variation from month to month. For women who are consistent, this method works better because it is easier for the woman to predict when she is ovulating.

She and her husband can therefore know when the odds of conception are very low and when they are high, and they can have worry-free sexual intercourse during those times. (This also helps when you two decide that it’s indeed time to start trying to get pregnant.)

Also called the Billings Ovulation Method, the mucus method involves being aware of the type of mucus a woman secretes during the month. During ovulation, the mucus becomes stretchy and clear, like an egg white.

A woman can record the type of mucus she is secreting during the different times of her monthly cycle, and she can use this knowledge to time when it is probably safe to have sexual intercourse.

When a woman wakes up daily, even before sitting up, taking her temperature with a thermometer that reads to the tenths’ place can help you predict when you are most fertile. While a woman ovulates, her basal temperature usually rises between 0.5 and 1 degree more than normal.

Abstinence is recommended for the five days prior to ovulation if you do not want to get pregnant. The egg dies within 12-24 hours, so it is usually safe to resume normal unprotected sexual intercourse a day or so after that spike in basal temperature.

This is the least effective type of natural birth control, so it is best to combine this method with at least one other method.

If you and your spouse wish to observe natural birth control measures for the prevention of unwanted pregnancies or even to help you try to get pregnant, there is professional medical help available right here in Los Angeles. Dr. Paddy Jim Baggot is an expert on helping couples plan pregnancies and have happy, healthy babies when the couple is ready to have a family.

Contact the Guadalupe Medical Center by calling (213) 386-2606 or request a consultation online, and plan your family the natural way.